Last December, a landmark deal was made between the UFC and Reebok. The specifics of the deal weren’t made clear at the time of signing, but we did know that it was an exclusive deal. Fighters would not be able to represent any other brands during fight week and inside the octagon. Many fighters were skeptical of this, stating they made a large portion of their income from these fight week sponsors. The UFC promised that pay would be fair, and fighters would not be disappointed in the deal. Today specifics of the Reebok deal were made public, and fighters are not very happy. 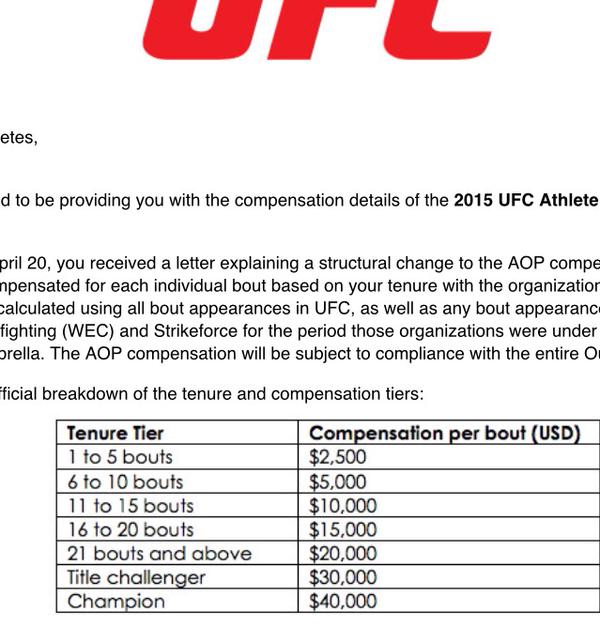 Fighters took to Twitter to express their displeasure with the newly-announced pay scale.

Congrats @Reebok, you got the deal of the century. Unfortunately, it was at the cost of the fighters. Hope the bad press is worth it. @ufc

I've made six figures in sponsorship in each of my last 6 fights 😕 https://t.co/gotToaSDJh

Dear @ufc Am I to understand that for my exclusive apparel sponsorship I'll make $2,500? I'll pass. Thanks for the generous offer. #reebok

Hey Floyd here's 40k and no you can't have Burger King walk out with you! Here wear these generic shorts all week don't likem? Too bad

Lebron unless you have 20 seasons, you are still at 2nd tier in sponsors bro

I made more money my 2nd fight in the UFC on Facebook prelims. Not complaining just stating facts

With all the outcry from fighters, former UFC fighter Nate Quarry seems to have a solution

Our answer to @Reebok and @ufc pic.twitter.com/Cs6qtadbzF

Will a fighters union fix the problem? Is the UFC screwing their fighters? Call the show, tweet us @TheMMApodcast, or let us know in the comments section!